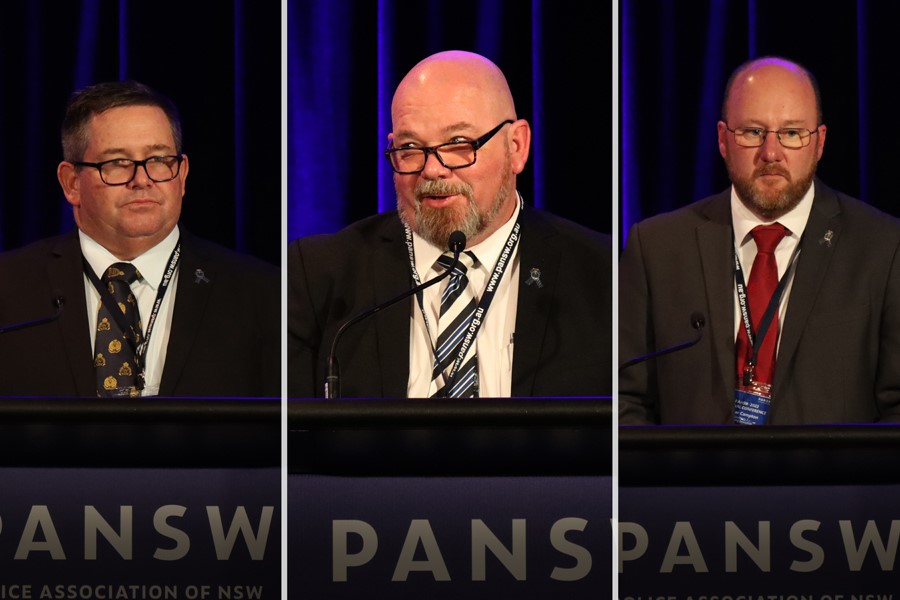 On 20 May, the Australian Electoral Commission declared the result of the Elections for the Senior Executive of the Police Association. Those elected will take office at the culmination of Conference in Wollongong. They will hold office for four years.

Ian Allwood has been elected Vice President unopposed. Ian is a General Duties Sergeant attached to Port Stephens-Hunter Police District and a veteran of the Royal Australian Navy.

Elections were due to be held on Monday afternoon as part of Conference 2022; however, Covid restrictions dictated a postal ballot be conducted.

President-elect Kevin Morton has 32 years of service with the NSW Police, including time at Kings Cross and Sydney's Northern Beaches. He has been Field Organiser for the PANSW, an Executive Member and has been the Vice President for the last four years. His partner is an Inspector with the NSW Police Force, and they have two children.

Sgt Morton said, "It is an absolute privilege to be entrusted with the leadership of this union that recently celebrated its Centenary. I am proud to be joined by Sgt Allwood and Sgt Campton to deliver the best outcomes possible for the dedicated and professional police officers of NSW".

Sgt Morton indicated he would have far more to say to the Delegates and ordinary members in the coming week at Conference 2022. "Suffice to say, the challenges facing our members are complex, constantly evolving and very real. I look forward to working with the Delegates and our Executive Committee to drive real solutions to those issues starting next week".

Sergeant Morton will be the only full-time official of the PANSW. The Vice President, Treasurer and Executive Committee members are all operational NSW police officers who perform their PANSW roles in an honorary capacity.