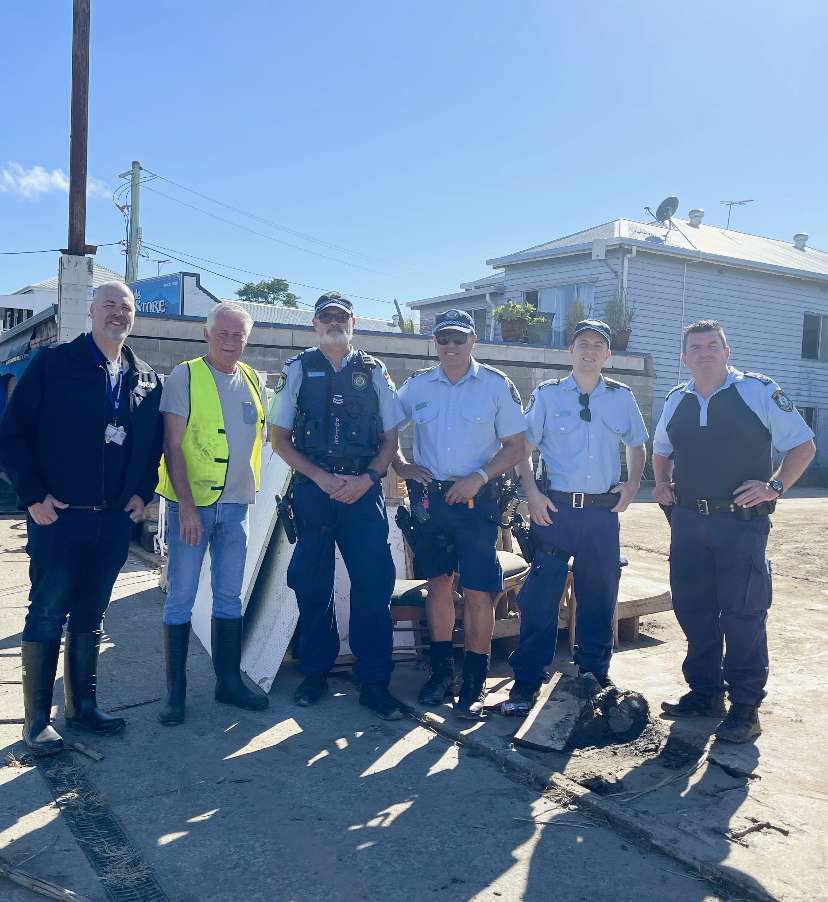 Imagine deliberately driving from Sydney to Tweed Heads via Ipswich.

A sixteen-hour drive in weather that saw the local ducks even declaring the conditions unplayable was what our members responding to the Northern Rivers Flood Disaster faced as they headed north from across the state.  For the first time in living memory, the M1 - which had been purpose built to ensure the flow of traffic during circumstances such as these - was closed due to the depth of the floodwater, causing the urgently needed 4WD vehicle convoys heading from the south to make one hell of a detour.

The deployment was triggered after the northeast region of the state was inundated with floodwater – with an East Coast low bringing heavy rainfall, death and devastation.

The NSWPF sent more than two hundred PANSW members to the impacted zone over the first two weeks to assist with incident management, search and rescue - supporting the recovery effort and relieving local police who had been working around the clock.

‘Protecting the protectors’ is a term commonly used to describe the role and mission of The PANSW. While our members go and protect the people of New South Wales, our job is to protect them.

Your Association activated its Field and Industrial teams to support our members being deployed to the Northern Rivers and those directly impacted by the flooding. In the planning stages, Senior PANSW staff met with the NSW Police State Planning Unit and worked tirelessly to ensure the operation would be executed as safely and effectively as possible.

When the operation commenced, PANSW staff, Executive members and Branch Officials were on the ground with the members - pre-inspecting accommodation, transport plans, meal quality and deployment strategies to ensure member welfare was a priority in tough working conditions. For the first time, we were able to use our new PANSW Portal to directly communicate with members as they travelled to update them on their deployment information.

“In these conditions, even getting to the staging area is a mission,” A PANSW member on the ground said.

We were able to attend staging areas, meet with Commanders and logistic officers and see first-hand the hard work that was going into the deployment and instantly triage and fix issues that members identified.

As part of our team on the ground, we were able to travel into the hardest-hit areas - travelling into Murwillumbah and Mullumbimby Shires, the major townships of Lismore and Ballina and the worst-hit areas of the Lower Rivers in towns like Coraki and Woodburn. We saw firsthand what the deployed members were tasked to do and assist our local members - with many losing everything in the floodwater themselves. 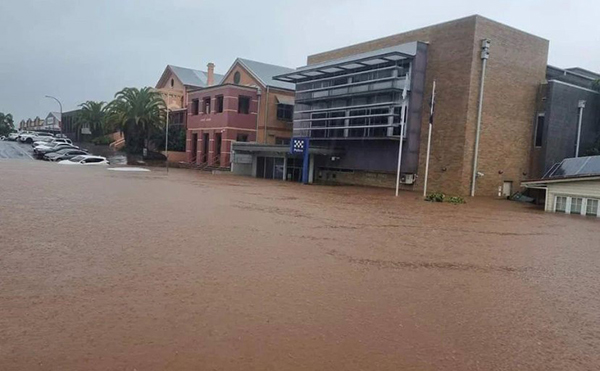 Lismore’s 1954 and 1974 floods events were considered “worst case”. Sadly, these memorable dates will be replaced by 2022 - with the river rising some two meters above those previously recorded.

“This wasn’t a flood event, this was a demolition,” A local Lismore resident said.

At 3 pm with no one around, we arrived in Lismore CBD on Friday 4 March and were surrounded by nothing but enormous piles of wet and rotting rubbish as far as the eye could see. An overturned car lay in the middle of the street and dozens of other cars covered with mud, with smashed windows and water up to the dash, lay abandoned.

I have seen images like these from overseas on the news and to a lesser extent in previous flood events, but nothing can prepare you for standing amongst it. The Police station which started this operation as the Command Post was now itself a victim to the record water level. Anyone who has stood in front of the Zodiac Street station and knows how high up that hill it is would be able to visualise the height of the water that hit. Inside the station’s muster room, PANSW President Tony King filmed a video message to members after inspecting the damage to show the utter devastation that had occurred.

We drove out to South Lismore and onto the airport where planes once parked on the tarmac were now deposited amongst the trees in a nearby paddock - having been washed across the main road and over fencing. The local Ford Dealership had rows of brand-new trucks destroyed. These are images that you cannot forget as you think of the thousands of people affected by this disaster.

As we made the drive, kilometre after kilometre showed the sad displacement of people’s possessions piled up in front of their homes and businesses - destroyed and rotting. Locals were standing in front of the wreckage with stunned expressions, looking at piles of the remains of what used to be their lives.

It was heartbreaking and as we headed to the Lower River town of Coraki, it only got worse.

Here For Our Members

In small towns, the majority of our members live in the communities within which they work. When natural disasters come, there is no discrimination. While our members are assisting in the recovery effort, they are normally experiencing the same losses themselves.

As we headed into Coraki on Sunday 6 March, I was met by two members who had been working around the clock for almost six straight days as the town was cut off. Makeshift uniforms had been created with whatever they could find amongst their own homes which had been flooded.

As these officers assisted others to evacuate, they lost their own homes and possessions. These members were not in isolation, and we anticipated up to 40 members that have been directly impacted by the flooding and will need to rebuild their homes and replace their possessions. Numerous Police residences have been all but destroyed.

To assist, The PANSW activated its Welfare Assistance Scheme to support members impacted by the floods with financial grants to pay for emergency items and short-term accommodation.

Administrated by the Member Support Coordinator and the PANSW Executive, The PANSW Welfare Assistance Scheme is funded by members, for members - designed to help those in need of urgent assistance in times of distress. During the past three years, more than $2 million has been spent to support members to pull through in these challenging situations.

The flood response operation will continue for several weeks and the PANSW will be there, standing side-by-side with our members as they deploy to assist.

Any member with enquiries about the flood deployment or the Welfare Assistance scheme should contact the Information Organising Centre on (02) 92656777 or info.centre@pansw.org.au